We’ve written in the past about the best mosquito killer for getting rid of adult mosquitoes. But killing adult mosquitoes is only part of the equation. To eliminate your mosquito problem for good, you need to get to the source.

Mosquitoes lay their eggs in standing, stagnant water. Those eggs hatch into larvae, which is the next stage of the mosquito life cycle. If those larvae grow unchecked, they will quickly turn into hungry, bloodsucking adult mosquitoes that will invade your home.

So what do you do when you find mosquito larvae?

There are two approaches to dealing with this problem. The first is to kill the existing larvae. The next is preventing larva growth in the first place.

Let’s go over each of these methods.

How To Kill Mosquito Larvae

No matter who you are, it goes without saying that you hate mosquitoes. Just hearing one buzz around your room can drive anyone crazy.

But mosquitoes are far more than just an irritation.

Mosquitoes are the main vector for several bloodborne diseases. These include the West Nile Virus, the Zika Virus, and Eastern Equine Encephalitis. So mosquitoes aren’t just a nuisance, they’re a health hazard.

If you find that you have mosquito larvae in standing water then you need to deal with it. Here are a few ways to nip those little bloodsuckers in the bud.

Perhaps the most obvious method of getting rid of mosquito larvae is simply to eliminate the water altogether. This means you have to find any sources of standing water on your property.

Look for puddles on your lawn. If there hasn’t been a recent flood or rain, puddles are a sign that you’re over-watering. Water your lawn less, and these puddles should soon disappear.

Also look for lawn equipment that has been left outside. Lawnmowers, wheelbarrows, and other similar equipment can fill with water, creating a perfect habitat for mosquito larvae.

Pool covers and boat covers are another source of stagnant water. Dump these out and dry them thoroughly. The last thing you want is to provide a free, preventable source of standing water.

While you’re at it, look for buckets, old tires, pails, and watering cans that have been left outside. If you must leave a bucket outside, flip it upside-down to prevent water from pooling.

And don’t forget to change your bird bath regularly. Bird baths are a frequently overlooked source of standing water, because we expect them to be full.

Getting rid of standing water may be the easiest solution, but it’s not always practical. There are some places, like ornamental ponds, where we expect for there to be standing water.

In those cases, one solution is to use a larvicide. These are chemicals that kill mosquito larvae, leaving your water pristine.

At least, the water will look pristine. In actuality, the water will be unsuitable for human consumption. If you use a rain barrel to collect drinking water, do not use a larvicide to decontaminate it.

Mosquito dunks are the most common form of larvicide. While they’re not safe for humans, they’re perfectly safe for fish. This makes them a great choice for koi ponds and other outdoor fish habitats.

To use mosquito dunks, simply drop them into your water. The instructions will tell you how many are required for a given water supply. A good set of mosquito dunks will last for 30 days or more.

Why does this work?

Mosquito larvae have a unique method of breathing. They actually have snorkels on their rear ends. This is why you’ll generally find them congregating on the surface of the water.

One way of killing these larvae is to cut off their air supply. If they can’t penetrate the surface of the water, they won’t be able to breathe. This way, you can simply suffocate them to death.

To do this, you’ll simply need to coat the surface of the water with something their breathing tubes can’t penetrate. One good option is vegetable oil. Simply spray enough vegetable oil on the water that there’s a visible gloss on the entire surface.

The main advantage of vegetable oil is that it’s non-toxic. In small amounts, it won’t cause any issues with your drinking water.

That said, it’s a poor choice for fish ponds. Fish need their water to have contact with the air, to ensure oxygen exchange. If you use oil to treat your fish pond, your fish will die along with the mosquitoes.

Another way to suffocate those baby bloodsuckers is to use dish soap. A single drop of water is enough to treat a gallon of water. So if you have a 100-gallon pond, use 100 drops of soap.

The advantage of soap is that it’s cheap, and at these concentrations it won’t ruin the appearance of your pond. The downside is that it’s not a good choice for drinking water or for fish.

If you’re looking for an environmentally-friendly way of killing mosquito larvae, cinnamon oil is a solid choice. And it doesn’t just kill the larvae; it also kills off the eggs as well.

While cinnamon oil is not toxic to humans, it’s not a good choice for fish ponds. That said, it smells fantastic, adding a pleasant aroma to your entire property.

In addition, you probably don’t want to use it for drinking water. It’s not going to hurt you, but at 15%, it’s going to have a strong taste.

Research also indicates that cinnamon oil acts as a repellent for adult mosquitoes. So while you’re killing off the larvae, you can also help drive off some of those full-grown bloodsuckers.

Apple cider vinegar is another effective way of eliminating mosquito larvae. It needs to be added in the same fashion as cinnamon oil, at a ratio of 15% to 85% water. Less will not work.

It’s not as effective as cinnamon oil, though. While cinnamon oil works almost instantly, apple cider vinegar takes about 18 hours to be effective.

Like cinnamon oil, apple cider vinegar is not a good choice for fish ponds. However, it’s perfectly safe for humans. 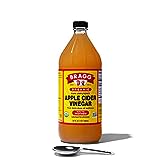 Now this option certainly isn’t the most environmentally freindly way to kill mosquito larvae, but it works – so it made the list.

Just pour some bleach into the water and the mosquitos larvea (and anything else living in it) will soon be dead.

It should be noted that you should NOT use bleach in any water that pets or other animals are likely to drink.

There’s an old saying that an ounce of prevention is worth a pound of cure. How does this apply to mosquito eradication?

Simply put, stopping larvae in the first place is better than killing them once they’re in place. There are a couple of reasons for this.

For one thing, no eradication method is 100% effective. In other words, you’ll still end up with a handful of adult mosquitoes.

Related: How to get rid of Mosquitoes

8) Use Water Aeration and Movement 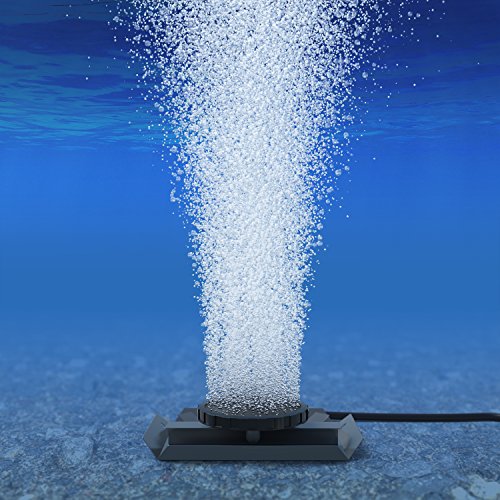 As we mentioned, mosquitoes prefer to lay their eggs in still, stagnant water. That’s why you’ll find mosquito larva in a pond, but not in a river.

To discourage mosquitoes from laying their eggs, a pump or a pond aerator is one of the best solutions. This will keep the surface of the water moving, which will drive mosquitoes away.

In addition, if there are any existing eggs or larvae in the water, it can also help kill them. This is because it makes the surface turbulent, which disturbs the larval breathing process. It’s the same reason that mosquitoes don’t like to lay their eggs in moving water to begin with.

A pump or aerator is also a great choice for fish ponds. It helps oxygenate the water, promoting strong, healthy fish.

We’ve talked a lot about fish ponds in this article. But did you know that many species of fish can actually help prevent mosquitoes?

Adding one or more of these fish to your backyard pond can kill two birds – and many mosquitoes – with one stone. First, you’ll add an attractive touch of life to your pond. Second, you’ll get rid of your mosquito problem.

When you purchase your fish, make sure that the fish are suitable for your area. Not all fish are equally suited for all climate zones.

An important part of preventing mosquito larvae is to discourage adults from coming around. The fewer adult mosquitoes in the area, the fewer eggs and larvae you’re going to see.

Adult mosquitoes feed in the twilight hours. But during the daytime, they shelter in low vegetation. They particularly appreciate wet areas, such as next to a pond.

By eliminating vegetation around ponds and pools, you can encourage adult mosquitoes to live elsewhere.

If you maintain flower beds, ensure that the mulch stays dry. This doesn’t mean you should avoid watering altogether. But the leaves should not be dangling down into a moist environment.

We hope you enjoyed our guide to killing mosquito larvae. These valuable tips will surely help you to get rid of your pesky mosquito problem.

Remember, mosquitoes aren’t just a nuisance, they’re a health hazard. These pests cause major harm to humans as well as our pets and domesticated animals.

Let us know what you think! Leave a comment to tell us how these tips worked for you. And don’t hesitate to let us know if there are any mosquito removal tips we forgot to mention.

If you enjoyed this article, share it on social media. Mosquitoes effect everybody, so all of your friends are sure to benefit.