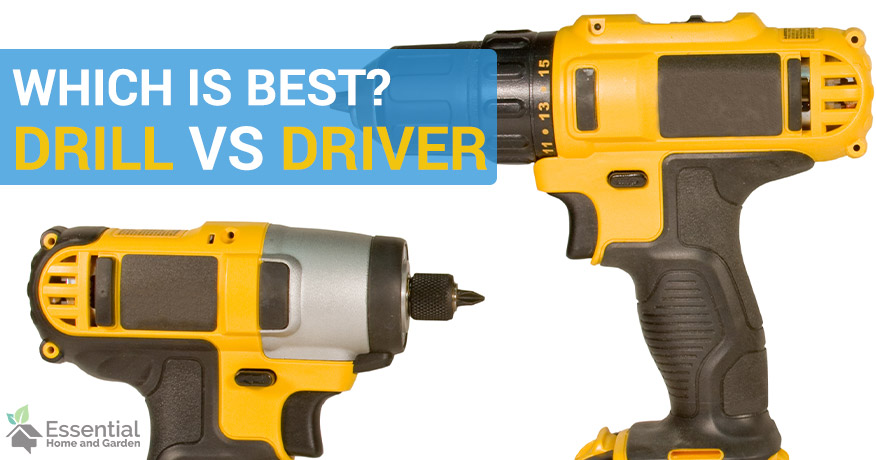 Ask any homeowner and they most certainly have a power drill in their toolbox for routine home repairs and DIY projects. Impact drivers are a fairly new tool on the market that are quickly having people compare the impact driver and the drill.

While both tools look relatively similar side by side and have many of the same functions, there are some distinct differences between the two.

Let’s take a look at the impact driver vs drill.

This article will compare the two tools and tell you what you need to know to make sure you use the right tool for the job.

So what is an impact driver?

An impact driver is a specifically engineered tool designed to do one job: drive screws

An impact driver does not accept a keyless chuck, instead it uses a collet that uses hex-shanked driver bits

Impact drivers can drive even the longest and fattest screws in with efficiency, where a regular power drill may stall out.

Impact Drivers are Ideal For:

Cordless drills have been in home toolkits for years, so most home owners will at least know what one looks like, and how it works.

Cordless Drills are Ideal for:

The Difference Between a Drill and a Driver

Let’s take a look at the differences between impact drivers and drills:

First Glance: you may not recognize the difference between a drill and an impact driver, however, there are many differences that allow them to stand apart.

Size: For starters, a traditional drill is usually a bit bigger when compared to an impact driver. Drivers are typically smaller and more compact, although they pack a more powerful punch.

Chuck: The head of a standard drill includes a keyed or keyless chuck. Impact drivers, on the other hand do not have a chuck, instead they have a collet that accommodates hex shanks. In order to withstand the force of an impact driver, impact-rated hex bits are required.

Power and Speed: The impact driver can deliver more power in quick burst, which results in more torque. This action happens automatically when the driver meets resistance. Cordless impact drivers typically come with one gear, however, there are more advanced models available that have up to three gears.

Drills can have quite a bit of power behind them, but they transfer this to the chuck in a different way which does not have the brute force behind it that a driver does.

Action: The cordless impact drill uses the powerful combination of bit rotation and hard hitting blows to bust through even the thickest or toughest of surfaces. Impact drivers can deliver up to two to three more times power when compared to a traditional drill. A cordless drill simple turns clockwise or anti clockwise, although some do have an optional hammer option.

Ease of Use: Despite its intense power, the driver manages to be easy and comfortable to use. The concussive action of the driver transfers much of its power directly to the screw, not to your hand or wrist. This allows you to drive in screws with incredible force and accuracy without compromising your arm.

The cordless drill is a simple tool that is easy to understand and use. On occasion, you may find that if a drill bit gets stuck in the material being drilled then the tool itself may spin resulting in injuries to the hand or wrist. 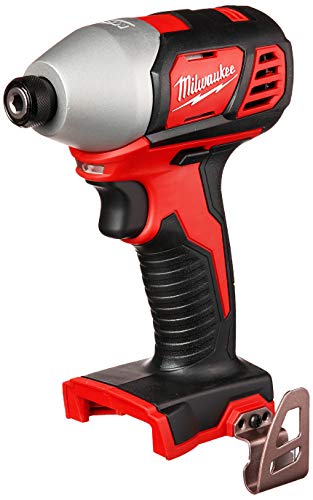 If you are looking for the absolute best of the best, then you can’t go past the Milwaukee M18.

These tools are built to last, and the power is second to none.

Drill vs Impact Driver: The Pros and Cons of Each

When you are determining which tool to use for your next home improvement or DIY project, it can be helpful to know the pros and cons of each tool.

We break it down here for you:

Each of these tools offers their own set of advantages and disadvantages. Determining which one to use for your next project will depend on what exactly you need it for.

As a general rule:

if you are only going to buy one of these tools, the drill will provide you with more versatility for everyday use.

Drills are great for:

If you are looking at working on a job that requires lots of drilling through dense materials or with long, thick fasteners, consider investing in a cordless impact driver to save you some time and wrist pain.

Both the drill and impact driver are great tools to have in your tool box to bring out when duty calls.

We hope that this article helped you understand the differences between these two drills and when to use a drill vs impact driver.

Which Tool to Use for Your Next Project

Now that you understand the differences between a traditional power drill and an impact driver, which one should you use for your next project? The answer to this question depends on what kind of project you are working on and for what purpose you need a drill.

A cordless impact driver can easily blast through dense wood or metal, while a traditional power drill may be stopped in its tracks.